OK. So Phoenix and UK Turks and probably loads of other Kodi add ons that we all know and love have now been shut down.

Have a weep and then get over it – they’re not coming back.

So let’s get something on Kodi again so we can watch free movies and TV!

The guide I tried was to install Skynet – this didn’t work directly, but using the same steps I did get Maverick to install, which seems to actually be Skynet once it’s all working. Confused? Yes, so was I, but now I’m just watching free shit again instead, because whatever it is, it works!

Here’s what to do to get it on your Amazon Firestick: 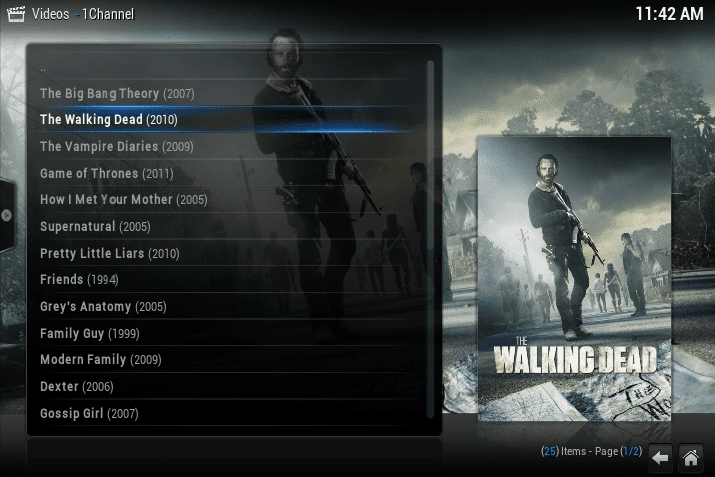 I don’t think anyone should have to pay for television – especially as we all have to pay the BBC for a license every year even if we never watch the BBC channels.

I have Freeview, but to be honest I don’t even watch very much TV. Give me Game Of Thrones, Judge Judy and as much motor racing as I can take, and I’m happy.

You can get pretty much any film you want on torrent sites or streaming them online. As there seems to be a bit of a crackdown on torrents, and streaming often comes with 3 million pop-ups and a filthy great virus, I noticed some people raving about Kodi. Kodi is basically a program that you download for free, install another program on that gives you loads of films/TV channels, and then you can watch everything for free and legally by streaming it.

I tried it out on my laptop for a while, simply connecting to the TV with a HDMI cable, and it was all excellent. It’s not very straightforward to set it all up, but once you’ve done this you never have to touch it again.

Visually it’s also not great, and not very intuitive – but again, once you’ve remembered what to click on (eg, Video > Video Add ons > Phoenix) then you’re fine. It just looks a bit crap and isn’t confidence-inspiring to “The Older Generation” like parents (who are happily using it, now).

But there is a way to make it all easier!

A few cow-orkers/work monkeys had been geeking on about Google Chromecast and Amazon Firesticks. These are small boxes that plug into your TV, and then you can stream stuff from your PC/phone or just use that to watch paid TV channels. But you can also buy them, install Kodi (for free), and then, as with my laptop, get all the Kodi stuff for free!

This meant I could use a remote control and still pish about on my laptop whilst watching beautiful free stuff!

I decided on the Firestick, as it seemed to be the best choice for me.

Ebay sellers will give you a Firestick (normally around £40) with all this pre-installed on it for another £15-£20. Whilst this isn’t really a rip-off, there are plenty of step-by-step guides and even YouTube videos showing how you can do this yourself!

The best one I’ve found that is up to date is https://seo-michael.co.uk/tutorial-how-to-install-kodi-on-a-firestick/ – it will take between 10 and 30 mins to do, and you can do it all by plugging the Firestick into your TV and then using the remote control.

Personally, I would recommend installing the add-ons Phoenix, UK Turks and Exodus so you get loads of options for watching films, documentaries and TV shows – that way if one isn’t working you still have options. Here’s a step-by step link to install Phoenix once you’ve got Kodi: https://seo-michael.co.uk/how-to-install-phoenix-for-xbmc/

All of the above have some live TV and sport from around the world, but you might also want some more specialist channels if you’re after streaming live stuff. As I only car about motor racing live, these do the job for me!

And that’s it! If you’re paying £70+ per month to Sky then you’re stupid. Even if you just buy the Firestick and then get Amazon Prime you’ll have access to loads of their channels and films (all of which you can also get for free through Kodi), so even that’s a better option for a one-off payment of about £70. Without Amazon Prime, the Firestick still lets you stream stuff like BBC iPlayer for free, so even that combined with Freeview gives you a lot more.

If you’re not watching live TV or any BBC channels, then technically you don’t even need to pay for a TV licence – so you could even go that extra step and get the lot for free!

And it’s all legal!

Enjoy it – let me know what you think or give me any add-on recommendations!