Faroe Islands Whaling Slaughter Is A Bunch Of Arse! 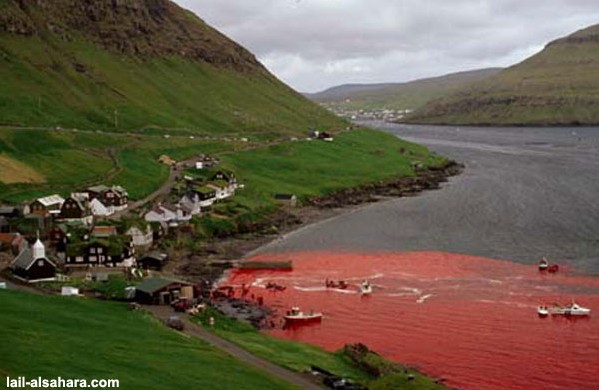 Anyone on Facebook will have been plagued all of a sudden by a new ‘share this’ campaign depicting the senseless slaughter of whales (actually some even call them ‘intelligent friendly dolphins’) in the Faroe Isles, near Denmark.

Firstly, whilst I agree it’s not exactly brilliant, the bullshit and propaganda in these posts pisses me off as much as the knee-jerk reactions everyone is giving it.

Here’s an example of one of the ones going around:

PLEASE KEEP THIS GOING AROUND THE WORLD 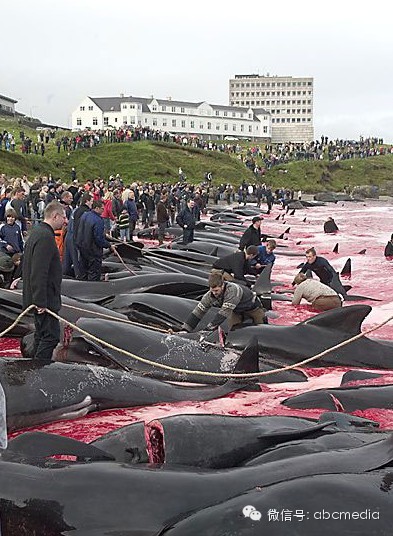 The bits that boil my piss to whistling point are:

1. “kill hundreds of the famous and intelligent dolphins” – you mean the WHALES that you’ve never heard of before.
2. “the main participants are young teens” – Bollocks to get the elderly knee-jerking about the violent hoodies doing this stuff.
3. “A celebration, to show that they are adults and mature” – somewhat close, in a twisted way. But still wrong and worded to shock.  See Wikipedia link here.
4. “Everyone is participating in one way or the other killing or looking at the cruelty supporting like a spectator” – Again just to shock. The whale meat is shared between each and every villager as their birth right.
5. “They’re almost extinct!” – They’re not. And this happens to about 200 whales. How many do Japan kill a year? Or the UK? Go find out.
6. “They don’t die instantly” – They are killed by their spinal cord being severed, i.e. instantly. In a very skilled and practiced way. And the whole event takes about 10 mins.
7. “And at that time the dolphins produce a grim cry like that of a new born child” – Oh do fuck off!
8. “this magnificent creature slowly dies in its own blood” – see point 6.

You can educate yourself just as easily by doing your own research.  I’d highly recommend www.snopes.com to find out what’s real and what’s been made up by ranting vegan fundamentalist religious types.

Or how about YouTube, if you can’t be arsed to read?

This video has even more about the Faroe Islands culture and traditions:

So PLEASE just shup about it.  It’s completely out of context like almost all of these ‘share me quick and save us all!!!’ posts.

And please feel free to post a link to this blog every time someone tries to make you share this again! 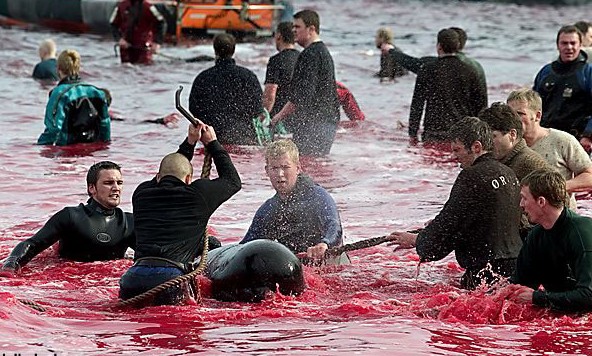 I don’t get ill very often, but with the onset of old age, when I do get ill these days it’s not a half measure.

So without going into the actual details, I had to see the Doctor the other day – something I try to avoid like, err… the Plague.

Is it just me, or has NOBODY in the last 5-10 years ever been to a doctor and been told exactly what’s wrong with them?

I don’t know anybody.  It’s always “stress” or “a virus”, and no doctor will ever seem to give you a definite answer.  I sometimes wonder if they’re scared of court cases or not even actually qualified?

“Here, have some useless tablets for a bargain £8 that won’t do a thing.  You’re welcome.”

I’ve been lucky in my 36 years to have never had anything seriously wrong with me – but this time was about to be a new experience.

They wanted a blood test and a ‘stool sample’.

I’ve done well to get this far into life without it.  I guess the next milestone will be a vet shoving his arm up my arse to play dolly with my prostate – don’t expect a blog about that one, though!

He gave me about 30 pages of paper and a plastic container, which I pocketed quickly.

When in the safety of my own home, I had a good look at the stool sample collection device that I had to use.

So it’s a small plastic tube with about a 20mm diameter.  In the screw top lid there was a blue plastic spade attached.

How the Hell do I actually use it?

I mean, on a base level I know I have to get my poo into there.  But how?  And how much?

I may have been shitting through the eye of a needle sometimes, but my rusty brown eye can’t actually SEE, so how am I going to direct some rusty brown water into a 2cm tube?

I briefly considered fashioning a funnel from paper and duct tape like I do for an oil change on my bike.

This would cut down any chance, of, well, shitting all over my own hand like an angry chimp.

But then what’s the happy blue beach spade for??  Do I get points for my artistic talent if I shape my stool into a castle?  Or build a ‘Shit in a bottle’ for them?

Maybe I should avoid any messy brown accidents and show the spade up my balloon-knot and try and scrape out something of use?

Or do I hold the blue spade under my undercarriage as I drop a bomb and hope to get a good shovel full to spoon into the container?  And if that’s like sticking your tongue out to catch the falling rain, everyone knows more of it lands in your eyes than your mouth.

Are they looking for a pebble or a rock?  What do they even need to do to it?  Should I just crap in a Transformers lunchbox and fill that baby to the brim for them to make their job easier?

Why don’t they teach you this stuff in school???  I’d already have used the knowledge more than Pythagoras’s Theorum!

Eventually I did accomplish the task, and then just had the walk of shame to casually drop my Finger Of Fudge off in the samples box next to the receptionist.

At least it made the blood test seem enjoyable in comparison!

It has long since come to my attention that we, human beings, as a species, are stark raving mad.

Getting past the fact that we’re all just bloody weird creatures (some more wonderful than others), a lot of the things we do and eat and wear don’t make the slightest bit of sense.  I guess after religion stuck it’s filthy paws in and repressed our natural animal instincts, it’s not all that surprising.

Here are some of the reasons:

You look untidy… untidy… still untidy… wrap a totally useless bit of material around your neck – Oh, you must be an honourabel and dapper gentleman!

No, if this wasn’t ‘traditional’, you’d look like a dick.

WTF do we need flat clothes for?  Any hippie tells you they’re saving the world, tell them how much of the Earths natural resources they waste on ironing!

We don’t have flat bodies.  Your freshly ironed clothes stay that way for about 4 seconds until you have aq sit down, put your coat on, or move at all.  And you want to kill all the worlds baby seals for THAT?!  Shame on you!

Fling your arms around, jump up and down and move about… that’s cool!  Do it slightly differently, and people laugh?! It’s ALL mental!

We all love to see animals doing a cute little ‘dance’, don’t we?  Well that’s you.  And that’s your mother.

We’ll happily eat chicken, but a pigeon?  Hell no, you dirty git!  And who the Hell first discovered cow milk and why?!  Or frying things in oil?

The one time of year when, all of a sudden, that orange peel you throw away in disgust is suddenly more appealing than a kebab from Charlie’s after a night down The Black Cross.  Get it eaten!

Raw lemon peel?  Mmm – why not put that shit in a cake!  Lovely!

And that wine you enjoy, but insist it needs to be chilled to the same temperature as a polar bears heel?  Heat that stuff up!

Hell, lets throw some bloody cloves in, too!  Everybody suddenly turns into a garbage-eating, pot-pourri munching tramp for Jesus’ birthday!

Keep on doing your big pink talking monkey thing, folks, and I hope you all have a great 2014!