Martial Arts: How Not To Get In A Fight

It’s all well and good knowing how to strangle someone with their own tongue once things kick off, but the simple fact is this:

Most people DO NOT want to get into a fight.

Most people have a brain in their heads, and realise that if they get into a fight the chances are they’ll get hit and it will hurt.  Or even if they win the fight, the other person will bash their back doors in in the middle of the night and stab them to death in retaliation.

I’m sure you’ve all heard the really helpful advice that to ensure you don’t get attacked you should ‘not look like a victim’.

What does that even mean?

Well, walking with confidence is a good thing.  Someone blithering about with their nose stuck to their £500 Apple Twatphone 48 R Turbo will certianly look like a good victim to an opportunist mugger.

And don’t think you’ll be able to say ‘no’ assertively and deter them.  What will happen is you’ll get smacked in the head.  If you’re lucky it will be just their bear hands, and you’ll eventually wake up phoneless.

Unless the attacker is out for a fight – in which case acting confidently might attract his attention.

There are a million scenarios and YOU have to be able to assess your surroundings and potential threat levels.  There is no easy way, unfortunately.

You can use a bit of common sense and don’t go traipsing around deserted alleyways wearing more gold than Mr T, and try and stick with a group of people you know – or at least use the busier routes rather than quiet short cuts.

And then there’s the biggest thing that gets people into fights: Pride.

If someone is staring at you in a pub as if they want to swing you around by your eyelids, put your pint down, and go find somewhere else to have a quiet pint!  It really is that simple!

Don’t try and stare them down, don’t give a damn that they might think you look like a scared sissy girl – don’t even look at them and just leave the area.  Job jobbed.

If someone is starting to act like a prick – go somewhere else as quietly as possible.  Leave them to it.

If you’re in your car and you have a shout at someone with a bit of gesticulation to show your displeasure, don’t be surprised if they stop, get out, and drag you through your window to stomp on your big stupid mouth.  YOU caused it, because you could have just shrugged and let it go.

Considering we’re lead to believe todays society is so randomly violent, how many people do you actually know who have got into a fight recently that they didn’t contribute to?

It’s not as scary out there as you think, as long as you stay a little bit switched on to your surroundings…

Or alternatively, take a look at some of my other martial arts blogs, and learn how to take them out before they even know they’re in a fight. 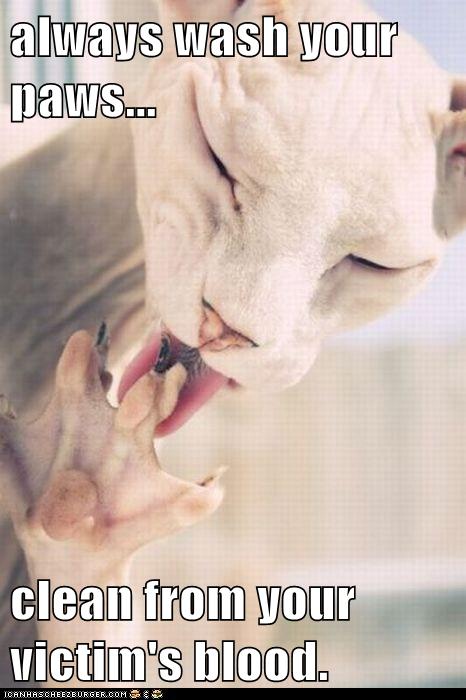